Emilia has been kicking up a storm thanks to its all-female cast and team, and also because of all of the wonderful women paying for other women to see the show – something that I was lucky enough to be a beneficiary of and something that we need more of. This laugh-out-loud play is unashamedly feminist and heart-breaking, poking fun at the patriarchy and those who maintain it while simultaneously analysing it in depth. The performance is interactive, surprising and quirky, keeping you on the edge of your seat at all times; passivity is not an option. The actors were phenomenal, making me forget at times that it was an all-female cast as I was so enthralled by their performance. 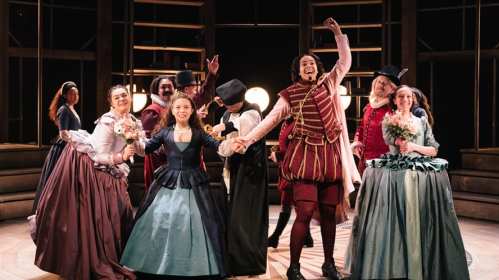 As the young Emilia is labelled ‘exotic’ (something I have been called countless times) and is seen as a sexual object rather than a human being, it was in these moments that I saw my own experiences as woman of colour. As women of colour, how often is it that we see ourselves reflected in a character from the 1500s? For me, never. This is the first time I have seen something set so long ago and have still felt like “that could’ve been me”. Emilia is neither English nor foreign, neither black nor white, and her being mixed is a constant negotiation between what she looks like and what she feels like. As a mixed-race woman, it was so refreshing to see a character going through the same difficulties as I have, and still do. 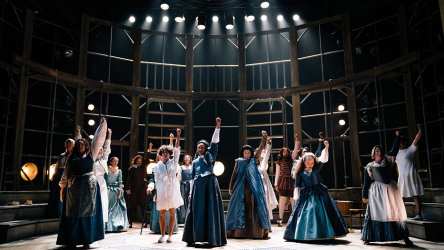 When I found myself looking around at sobbing audience members during tragic moments in the plot wondering why I wasn’t crying, I began to wonder whether I was being heartless. However, it wasn’t until I found myself in floods of tears as Clare Perkins releases a deluge of anger and pain in the final moments of the piece that I realised that the anger Emilia felt resonated with me far more than her despair. Everyone’s experience of this play will be so different from the person next to them, but for me Perkins’ begging for change touched me the most. Emilia is every woman, and this is why her being played by three different actors is so powerful – she is in all of us.

Not just as a woman, but as a person who wishes the women of my generation and of generations to come to be able to thrive and live as men can and do, this show occupies a special place in my heart. As a lover of strong female characters and writers (I have a passage from an Aphra Behn play tattooed on my leg) I believe we need more shows like this, where previously silenced women are given back their voice so that we can hear their stories and can be inspired by their bravery. Why had I not heard of Emilia Bassano before? This play is truly like nothing you have ever seen before, so if you see one show this year, let it be this.

Emilia is on at the Vaudeville Theatre, London until June 2019.

I'm a journalist with a keen interest in the Arts and am a theatre enthusiast and academic. View all posts by Mhari Aurora